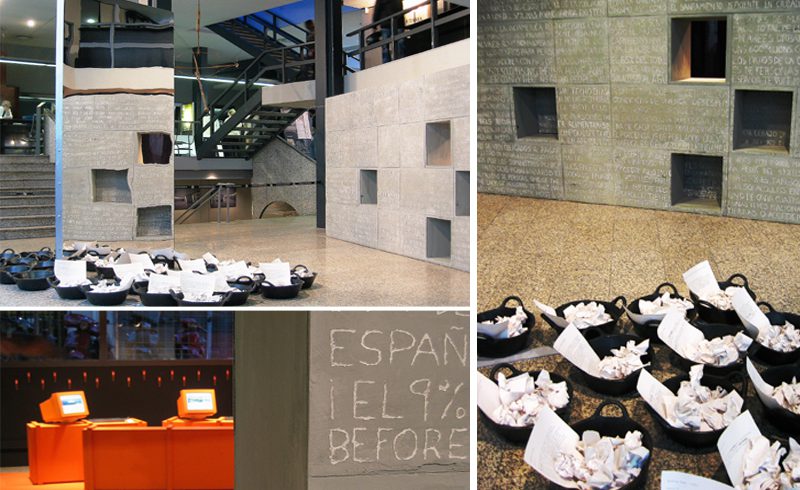 From the street we are struck by the fact that there is something in the way that surprises us, that prevents access to the building, something which prohibits …

The Monolith, made of mirrored surfaces, flanks the entrance to the exhibition. It is large but light, and reflects fragments of the surroundings, which become a part of itself. This leaves the initial visitor questioning it, maybe made slightly uneasy by it, thinking and reflecting on it until the end of their journey. This journey is a circuitous one, as the end connects with the beginning, the circle having been closed. It is at this point that the visitor realizes that they are now a participant entering the expo, whereas a moment ago they were just a curious onlooker drawn in by the monolith. They look into the mirrored surface a second time and see themselves as the participant, where at first they only saw an observer. This monolith represent the first frontier we cross in seeing our true selves – in self-recognition.

The two spaces that make up the installation, the space of the OBSERVER and the space of the PARTICIPANT, are separated by an interactive, participatory barrier wall that represents the two sides of the coin – how relative things can be according to the point of view. 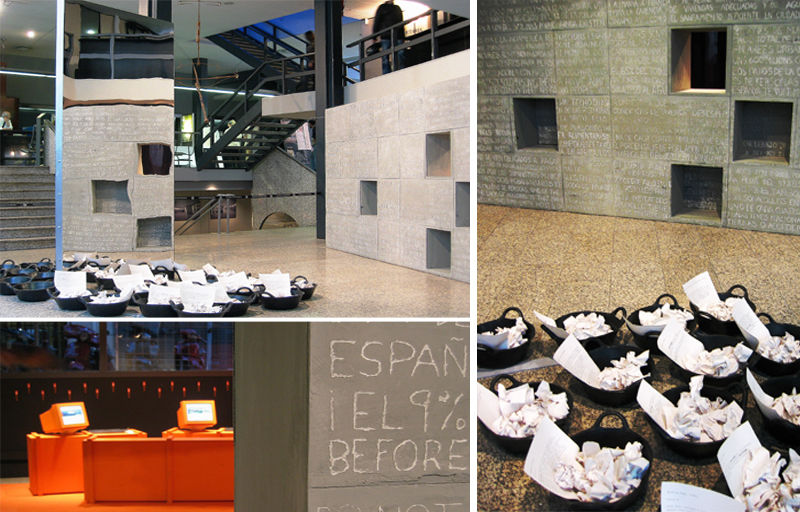