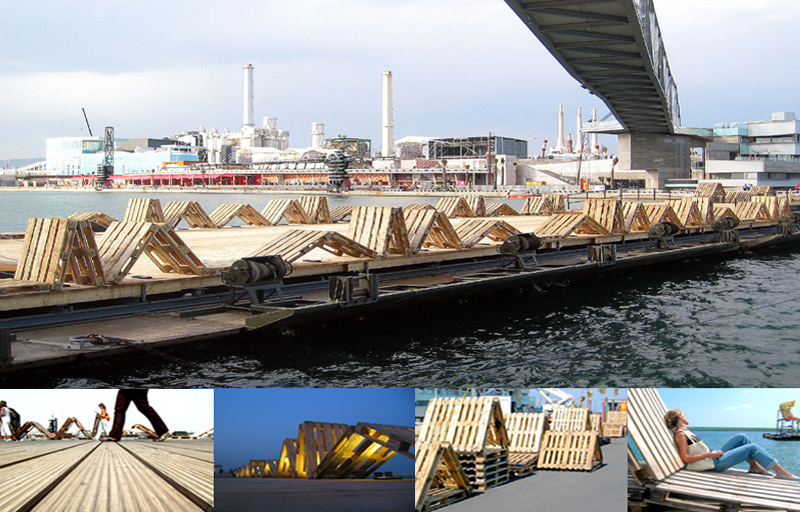 Built on military floating pontoons, the pedestrian walkway allows connection between two areas of the port. The  wooden floor and its structure is set on a framework of metal beams, along with two hinged ramps at each end connecting to the dockside.

The pallets arranged along its perimeter, appearing scattered, form the railing requested by the client, while also offering a resting place and landscape, inviting pedestrians to stop and rest beside the sea.

At night, lights hidden under pallets illuminate the way, making it appear as an extension of the town.

It was a condition from the client that the floating bridge must allow the passage of people and service vehicles in both directions.