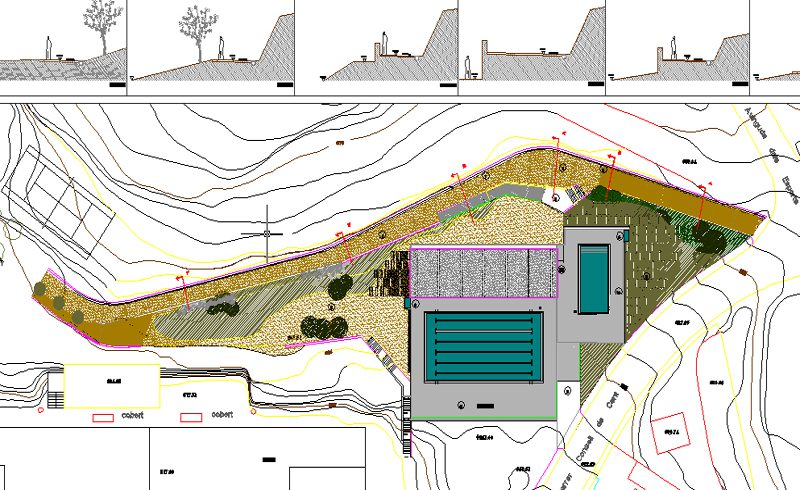 These pools were arranged and built in a staggered manner, according to the different levels of terrain in the area. This became an important focus of the architecturalplanning.

The whole set of pools are oriented facing the southern slope of the land, which guarantees good sun coverage all year round and also protects the area from wind; this was ideal for the recreational facilities.

The orientation of the large pool needed to be east-west. Because of the sloping topography, this was by far the least expensive position from a construction perspective. The service center and changing rooms are located longitudinally alongside the pool, for optimal ease of use.

The remaining surfaces have garden and beach features that are pleasant during summer months, and these areas are separated from the pools by a bench. This forces people to go around the bench and through the foot baths and showers before stepping on the beach.

The beach is in the style of a Finnish Ergo overflowing beach, and it slopes outwards. The signage and removal of architectural barriers complies with accessibily laws and promotes easy access for all citizens. 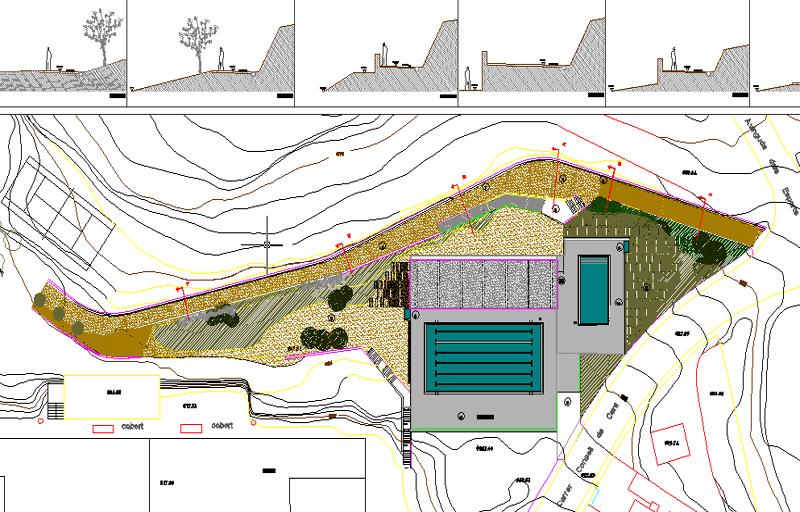