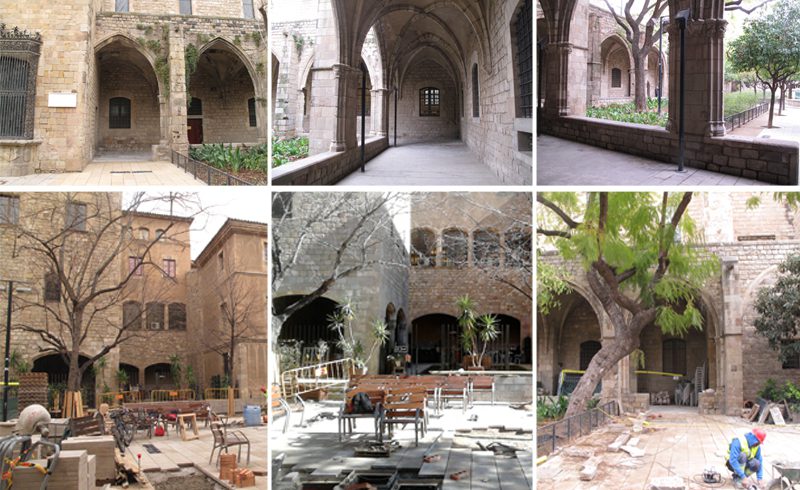 This project was to rebuild and restore the architecture of a public space located at the center of a group of Barcelona’s civic buildings. The plaza center needed to be rebuilt, and traditional midieval gardens were installed. The objective was to encourage the public to make use of this area once more, and reistablish the value of the historical structures.

This effort was particularly interesting because the central space to be transformed was shared by so many different civic entities, and there needed to be participation and agreement between all entities in how the communal space was to be restored.

Some of the entities included The Capella Museum of Barcelona, The Barcelona Public Library, The National Library of Catalonia, La Escola Masana and The College of Farmacy, and the alternative theater La Perla 29.

The project needed to be executed in a way that many historical parts of the architecture were left untouched. There is great heritage in this center, and the goal was to connect the structures in a smooth manner, without disturbing the history of the buildings.

After the plaza was rebuilt and the entities connected, there were gardens installed by bringing new plants, and also by shifting some existing plants from outside of the center to inside – making the space much more inviting to the public. These gardens were created following and respecting, as much as possible, the historical layout of traditional medieval medicinal gardens.

The area was also made wheelchair accessible where previously buildings were not connected. In general the plaza and passageways are now more accessible to all citizens. 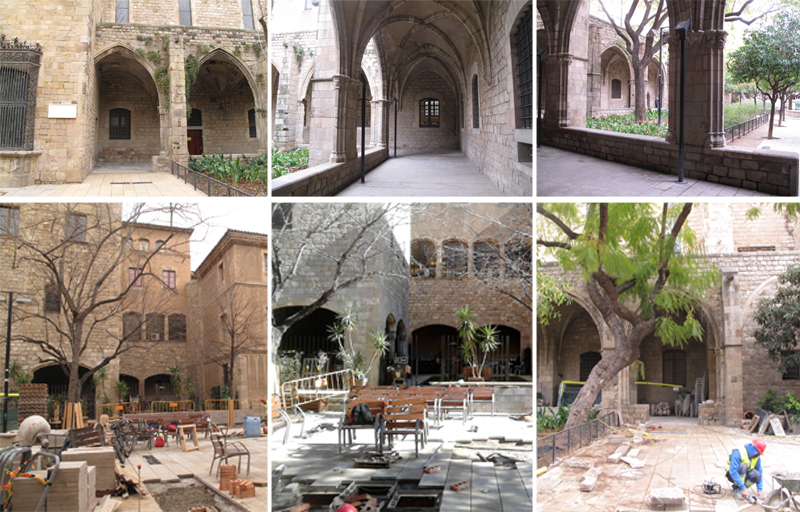